STIs are infections that are transmitted through sexual contact with someone who has an STI. There are also other ways of getting an STI.

STIs do not go away on their own. Go to a doctor for treatment.

STIs caused by a bacterium

Some STIs are caused by a bacterium. They are easy to treat with antibiotics:

STIs caused by a virus

Other STIs are caused by a virus. They are much more difficult or impossible to treat. Often only the symptoms can be treated:

STIs caused by a parasite

Some STIs are caused by a parasite. These STIs are transmitted by sexual contact or only intimate skin contact. 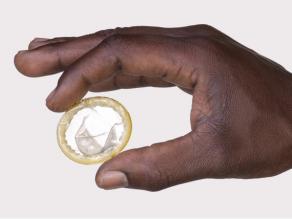 Most STIs can be treated. They can be cured or their symptoms can disappear. STIs can seriously damage your health if they are not treated. You can also infect other people.

How to recognise an STI

STIs often have no clear symptoms. You cannot always see whether you have an STI. Go to a doctor if you think you might have an STI. He/she can test you.

A vaginal infection is an infection of the vagina and has similar symptoms to an STI. It is not an STI. You often do not get the infection from sex.

More topics related to What are STIs?

How to use a condom