Circumcision is a small operation to entirely or partly remove the foreskin from the penis.

Man standing. The focus is on the visible sexual organs.
Listen

Man standing. The focus is on the visible sexual organs.
Man holding his foreskin between his fingers.
Listen 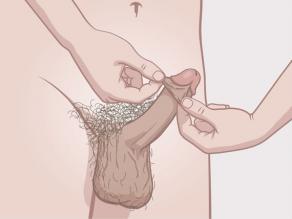 Man holding his foreskin between his fingers.
Penis with foreskin: not circumcised
Listen 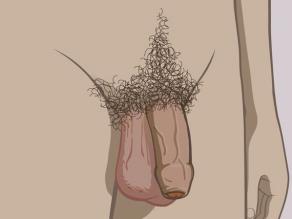 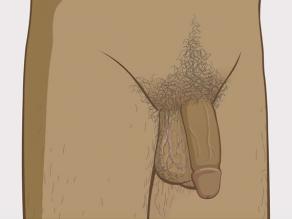 Circumcision can be done for several reasons:

Some women are also cut. Because this is harmful to women, it is called female genital mutilation.

Circumcision is a medical procedure. There is a risk of medical problems. For example: bleeding, infections and narrowing of the urethra. Medical organisations in Belgium understand that some parents want to have their son circumcised for religious reasons. They recommend considering the risks to health.